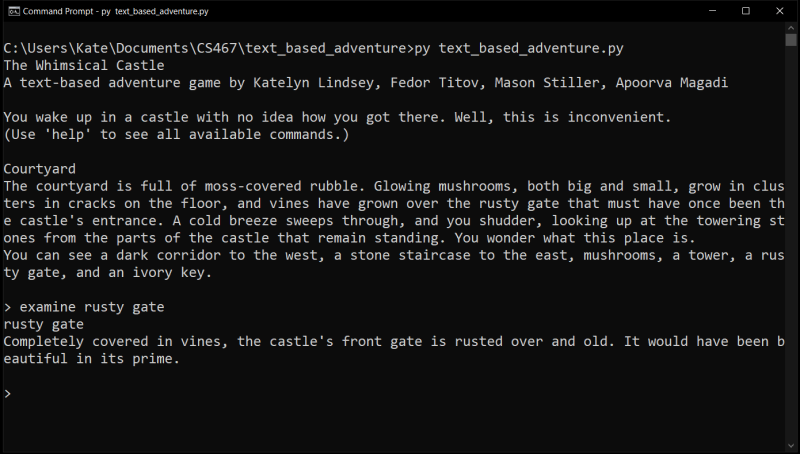 The Whimsical Castle is a text-based adventure game written in Python that runs on the command line. You play as a person who, upon waking up, finds themselves lost in a magical castle full of strange and wondrous objects. It is up to you to uncover the secrets of the castle and the reason for your current predicament.

This game was created and developed by Fedor Titov, Katelyn Lindsey, Apoorva Magadi, and Mason Stiller as a capstone project for CS 467. 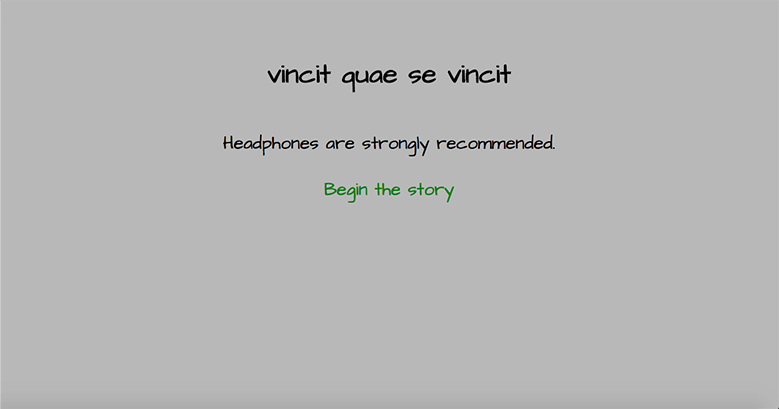 Made using Twine and CSS

vincit quae se vincit is an interactive story that I created in Twine. It takes place in a medieval world, and tells the story of a girl growing up in a cabin in the outskirts of a small town. All of the music, besides the rain and the birds, was composed by me for this story. 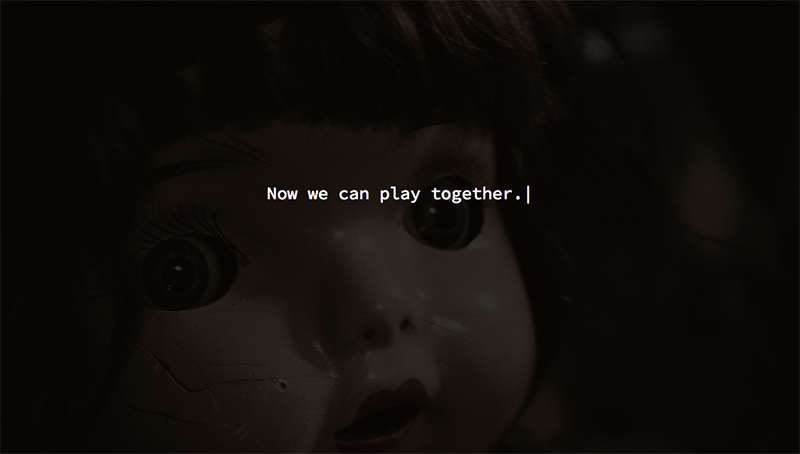 Made using JavaScript and HTML5/CSS

Annie's Dollhouse is a simple horror game that incorporates riddle solving. It takes place in an abandoned house where the main character has found a talking doll who wants to play a game - a bad scenario for any character. This game was featured in the CMDC Nouspace Student Research Gallery, Exhibit 26.

A Tour of My Brain 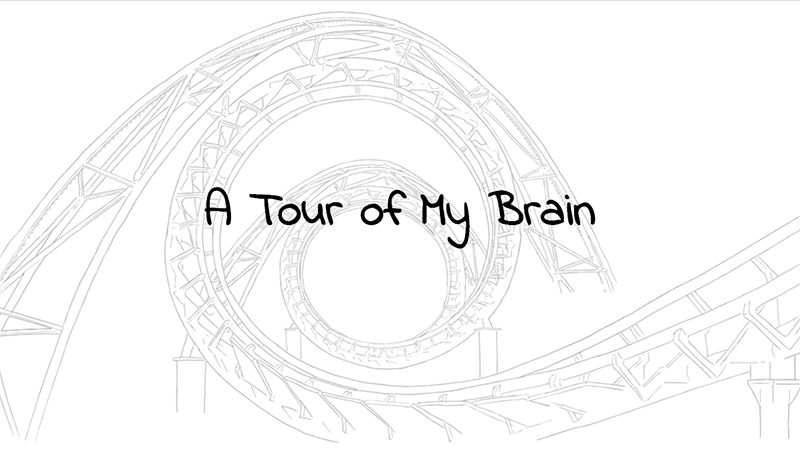 Made using jQuery, JavaScript, and HTML5/CSS

A Tour of My Brain is a project I created as an artful representation of the inside of my brain. It uses a combination of JavaScript, jQuery, and jQuery plugins.